It was obvious that current pandemic will have very different impact on different countries. IMF is probably the first major organisation that few days ago published their estimates of GDP PPP per capita estimates for the year 2020. These still are only estimates but generated by IMF. What we see ? 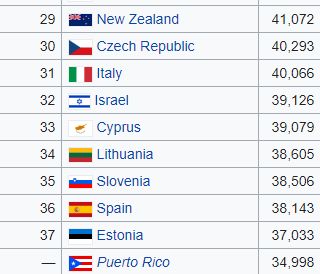 Lithuania 34th position, Spain 36th... The scenario forecasted for the year 2025 may become reality in 2020. Italy only one step in front. ... Finally Czech Republic in front of Italy... Who was able to forecast this in January 2020 ?

( Collapse )
According the rules of soviet period Vincas Mickevičius-Kapsukas was treated as the founder of the communist party of Lithuania. Obviously he was devoted bolshevik and he never was independent politician: only loyal servant of bolshevik leadership. So in 1919-1920 he had to play one more riole - the leader of so called Litbel (Lithuanian - Belarussian soviet socialist republic).

This year marked 100th anniversary of Polish-Soviet war of 1920 and "miracle near Vistula". The summer of 1920 had very important impact on the history of Lithuania too: on that hot days, on July 12, 1920 bolshevik leaders in Moscow were forced to recognize independence of Republic of Lithuania. The Article 1 of the treaty stated: ... Russia recognizes without reservation the sovereign rights and the independence of Lithuanian State, with all juridical consequences arising from such recognition, and voluntarily and for all time abandons all  the sovereign rigths of Russia over Lithuanian people and their teritory, The fact of the past subjection of Lithuania to Russia does not impose on the Lithuanian nation and its teritory any liabilities whatsoever towards Russia.
But signing such treaty bolsheviks had some other ideas as well. So just three weeks later, on August 3, 1920, V. Kapsukas sent next secret letter to his patrons. Letter was found only this year and is treated as sensation. The end of the letter looks like this:

Only one problem: we need money. A lot of money: 1 million old roubles (not those red roubles) and 2 millions in diamonds. Because it is easier to hide them :)

( Collapse )
Today became ckear that one of the nost spectacular scenes of the new Netflix series Clark will happen in former Kaunas cenral post office. How  the bank robbery in 1970s in Sweden looks like:) (photos from kaunas.kasvyksta and kauno,diena): 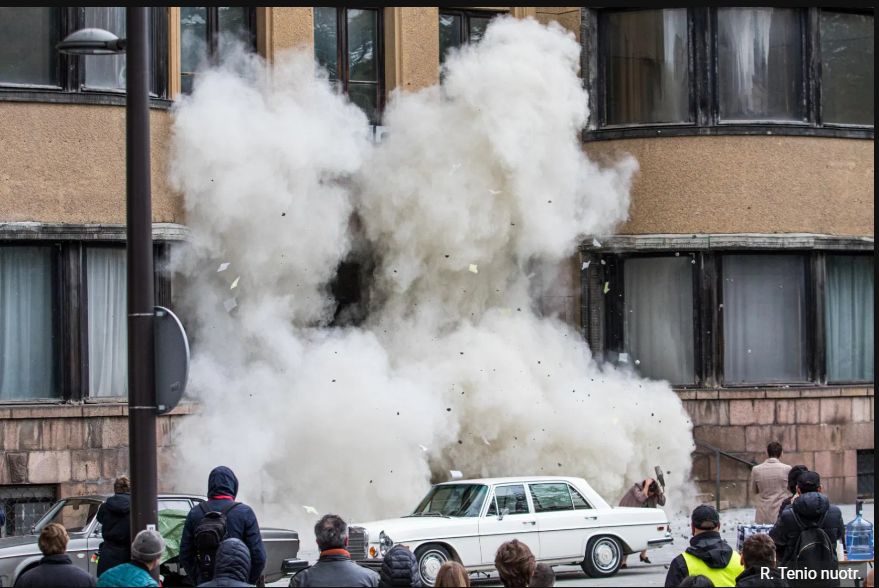 When the film will be aired it will be interestng again to see familiar places at the role of various places in Sweden and Denmark :)

( Collapse )
Next 10 days in various places of Kaunas we will be able again to see shootings of another world class TV series. This time Netflix is filming their new series which will be called  "Clark". The film will be aired likely next year as Netflix original series. This time this will be the criminal drama about legendary Swedish gangster from 1960s and 1970s Clark Ollofson (in the middle): 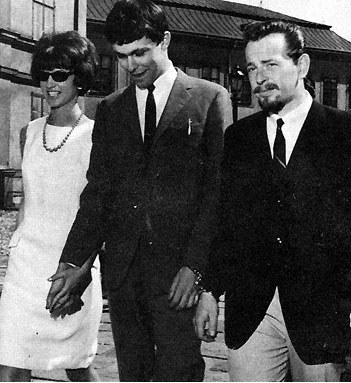 Clark Ollofson was one of the most famous criminals in Sweden and Scandinavia of all times. But his crimes had significant impact on the science of psychology as well. Clark's robbery of bank in 1973 and taking of captives later attracted a lot of interest of psychologists and led to the identification of phenomena known today as "Stockholm syndrome": phenomena when victim starts to identify itself with offender and starts to help the offender. Unintentionally Oloffson was instrumental moving forward the sciences of criminology and psychology.
So this time Kaunas will play the roles of Stockholm, Gothenburg and  Eskilstuna (as well as Vilnius and some other places in this country). Geography of filming here this time is very wide and filmmakers and requisits from 1960s and 1970s we will see in different places. The budget of filming in Lithuania alone is 5.5 millions Eur (less than in the case with Chernobyl but also not bad).
What to do with garbage ? In particular with scrap ? To build art likely :) This is the solution used in the IIIrd fort of Kaunas fortress: 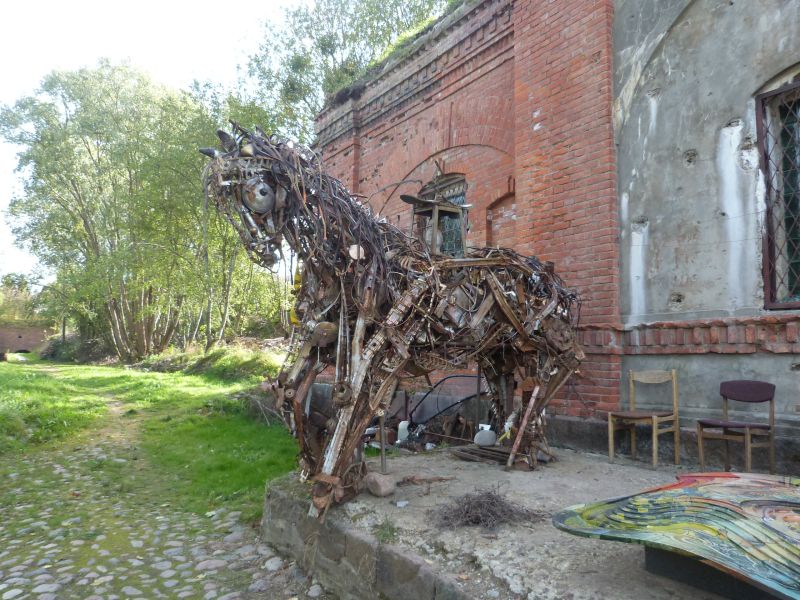 ( Collapse )
With the probability of 55 percent in these photos you see three most important government members (one of them likely will be the prime minsiter and another will lead the Parliament) in Lithuania in 2021-2024: 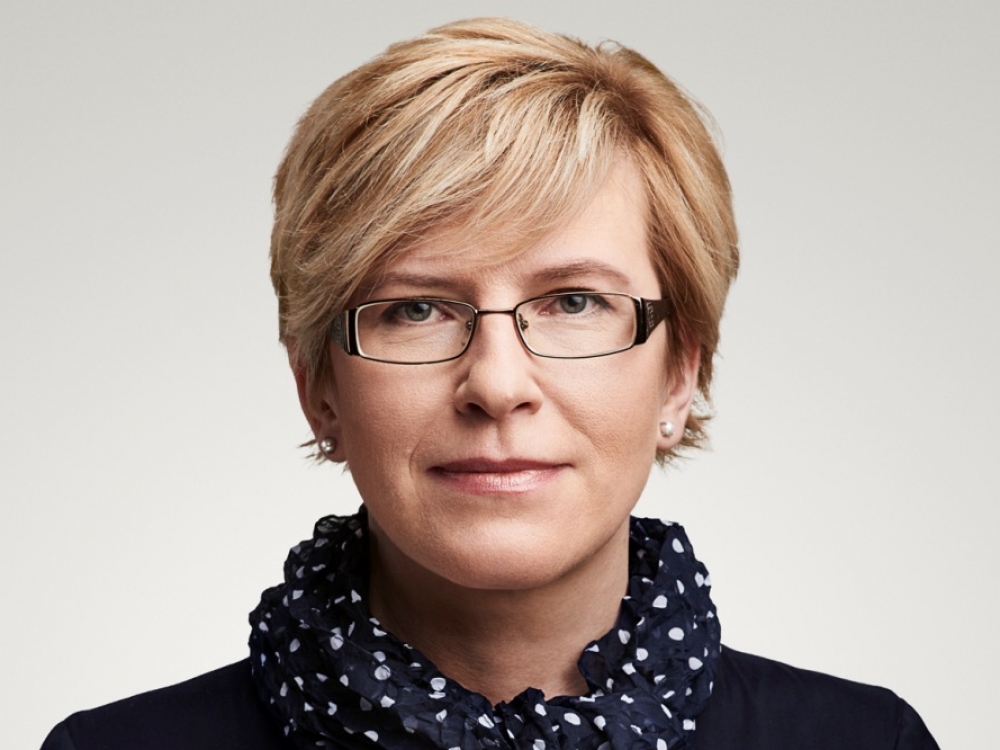 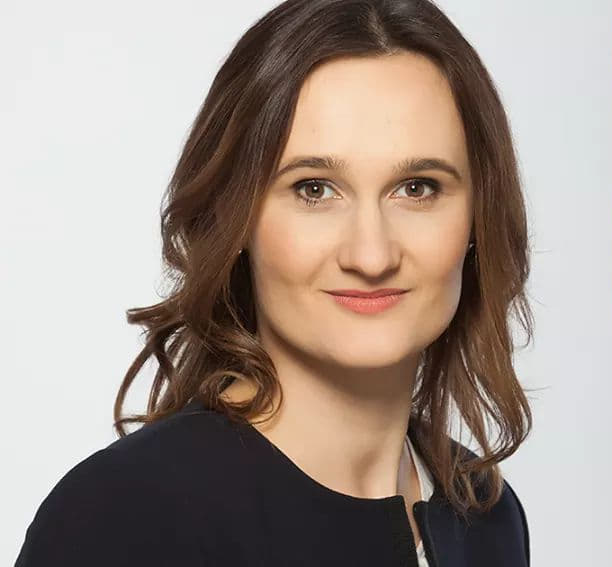 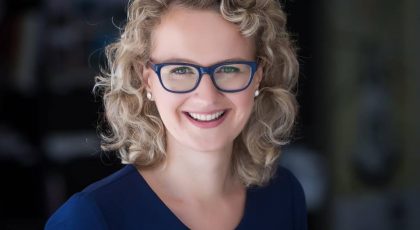 All three younger than 50, two of them younger than 40 (37 and 31). But more likely than not those three women will be the most important women in this country. At moment they are the leaders of political parties that will form the ruling coalition. Keeping the pace soon we will be obviously among Top 3 most progressive countries in the world :)
It will be interesting to see but again this country decided to realize one more pioneering project. Even in the world. The project was observed by Reuters and many other major media outlets. So Reuters writes: "Lithuania will build one of the largest battery storage systems in the world by the end of 2021. ... The country plans to invest 100 million euros to install four 50 MW batteries with at least 200 MWH of storage capacity. ... This will be one of the largest and the most innovative battery parks in the world. ... The two largest lithium ion battery parks previously announced, both in California, are the 450 MW Crimson Energy Sorage and 300 MW Vistra Moss Landing Energy Storage, according to a U.S. Department of Energy. A 200 MW Chinese storage system in Dalian is also under construction."

Why this is important ? Trying to extend generation from renewables engineers are facing acute problem: the intrinsic instability of wind and power. This means that the generation is unstable: sometimes too big, sometimes not enough. Lithuania already is one of best prepared countries in the world to deal with this problem: here Kruonis hydroacumulation power plant exists. But hydroacumulation means also big losses. Batteries provides relatively very small losses: they can be charged when wind is stronger and sun shines brighter and return back energy when wind is weaker and clouds suddenly covers the sun. In this way batteries provides stability to the grid. Knowing how few energy accumulation storage systems exists in the world you need to have sort of courage to install such systems. Of course in the case of success some invaluable experience will be gained which could be shared and sold to other countries as well. Anyway current forecasts shows that Lithuania will expand renewable generation capacities from current 1.8 MW to 4 MW before 2030. This will provide about 75 percent of countries energy demand in 2030. As Reuters tells: battery storage systems play a key role in the transition towards a carbon-free energy system, as they can absorb surpluses of wind and solar power and compensate for times when tehy are producing less power.

These days I rarely have the occassion to spend several hours in the center simply walking and looking around But last week I found such occassion :) So today several my views to the ongoing changes in the center: 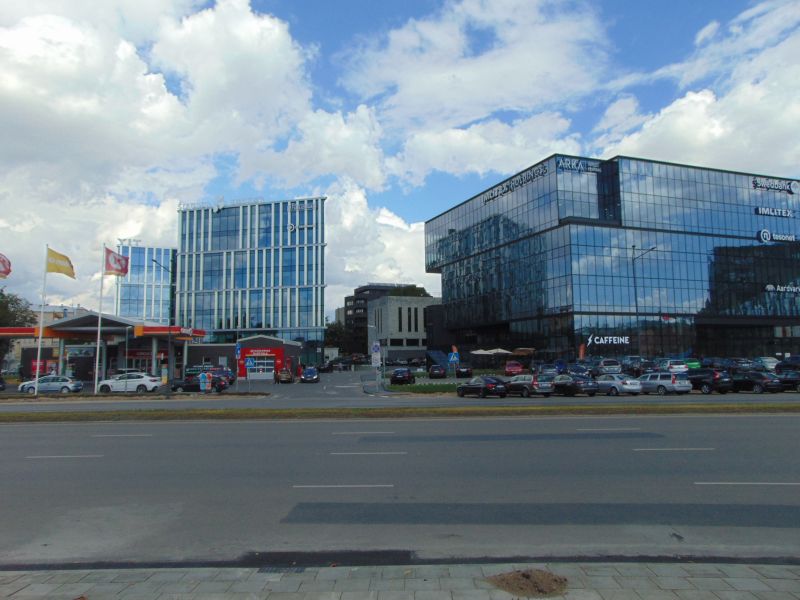 ( Collapse )
It seems that soon we will have new country in the neighborhood. I am talking not about recent political events (this is obviously the biggest political events in this country in recent decades). But philologically. Finaly some Lithuanian public figures and politicians raised the question: how we will call our neigbouring country ?
If you will load Google Maps you will see today the name Baltarusija used: 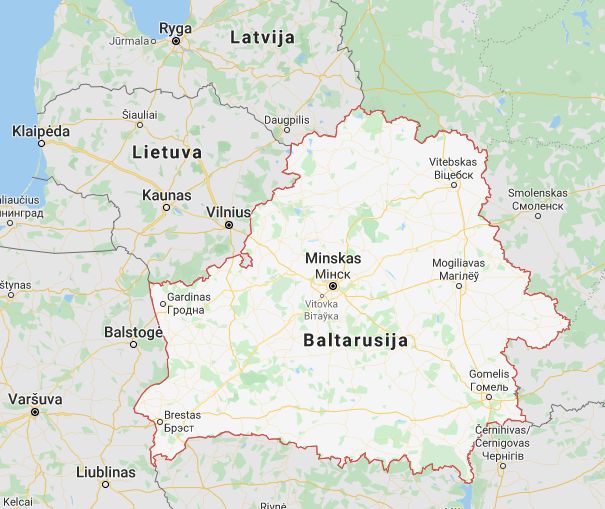 Yes still in Lithuanian this country is called Baltarusija. The word is obviously wrong but was strongly imprinted during soviet period. It was derived from Russian Belorusia but is even worse: direct translation to Russian should sound as Belorossija.
Historically in Lithuanian was used the term Gudija to denote large parts of the country today called as Belarus. And the people living in the areas where called gudai. But Gudija and Rusija sounds so different that soviet ideologists obviously treated this too dangerous (to be precise for the first time the term Baltarusija was introduced to Lithuanian at the end of XIXth century but not became universal til 1940s).
But which term to use  today ? One of the proposals is to use the term Baltarusia (very small change but then we will get Belarus if we will try to translate to Russian). Another - return back to term Gudija.

Anyway similar dilemma are solving other countries as well. Frankfurter Allgemaine Zeitung is one of the biggest newspapers in Germany. E.g. in  September 2019 the newspaper published article called:

These days they are also publishing a lot of papers about the same country. But something has happened: completely different word is used to call this country:

EU-Staaten erkennen Wahlergebnis in Belarus nicht an
Die Staats- und Regierungschefs der EU-Staaten sind sich auf ihrem Sondergipfel zur Lage in Belarus einig: Die Präsidentenwahl in Belarus war weder fair noch frei, sagt Bundeskanzlerin Merkel.
The year 2020 is very interesting. Completely unpredictable. It is very interesting to know how in the future we will think about the year 2020. But it is obvious that 2020 gives this country unique chances.
About two weeks ago WHO and OECD published their evaluation about how successfully (or not) different countries dealt with the pandemic. The ranking looks as follows (20 Top countries):

Yes, of course in the Top 5 places is the elite of the world - South Korea, Latvia, Australia, Lithuania, Estonia :) If we will take into the account region we will see that one region is far in front of the rest of the world: among Top 5 countries 3 countries are representing one small region :)  And this region is pushing forward  some other neighboring countries: not so successful but not badly doing countries like Norway, Denmark, Finland are not so far behind :)
This is only ranking. But there is some serious news at least partially caused by the ranking.
( Collapse )
Collapse