Researchers from Economic Statstiics Centre of Excellence in UK few days ago published their report about the changes of UK population in 2020. They went to the dark conclusion: in one year Britain lost almost 1.3 million people. This is the first year in long period when the population of Britain shrank but so sharp decrease is the biggest since WWII ... Particularly hardly hit was London: countries economical center lost almost 700 thousand residents in single year or abot 7-8 percent of all residents. Also sharpest decrease since WWII: 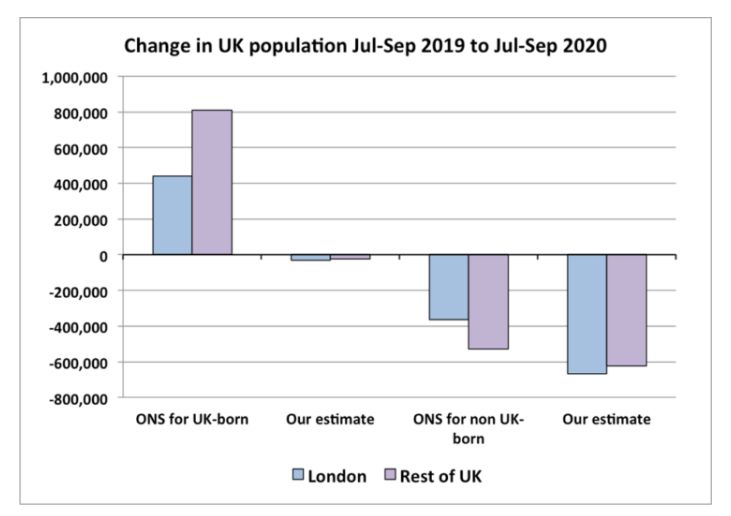