Modern diplomacy time to time goes strange ways. Sometimes funny despite that authors likely don't wanted to make fun. As in one of the last cases.
So in more details about this case.On Friday Lithuania, Latvia and Estonia expelled several Russian diplomats identified as the intelligence officers in a sign of solidarity with Czechia. This message has been announced by Lithuanian FM Gabrielius Landsbergis in his Twitter account also. To this message reacted Russian embassy in Belarus. Likely they wanted to attach another hashtag but in fact the result was strange: 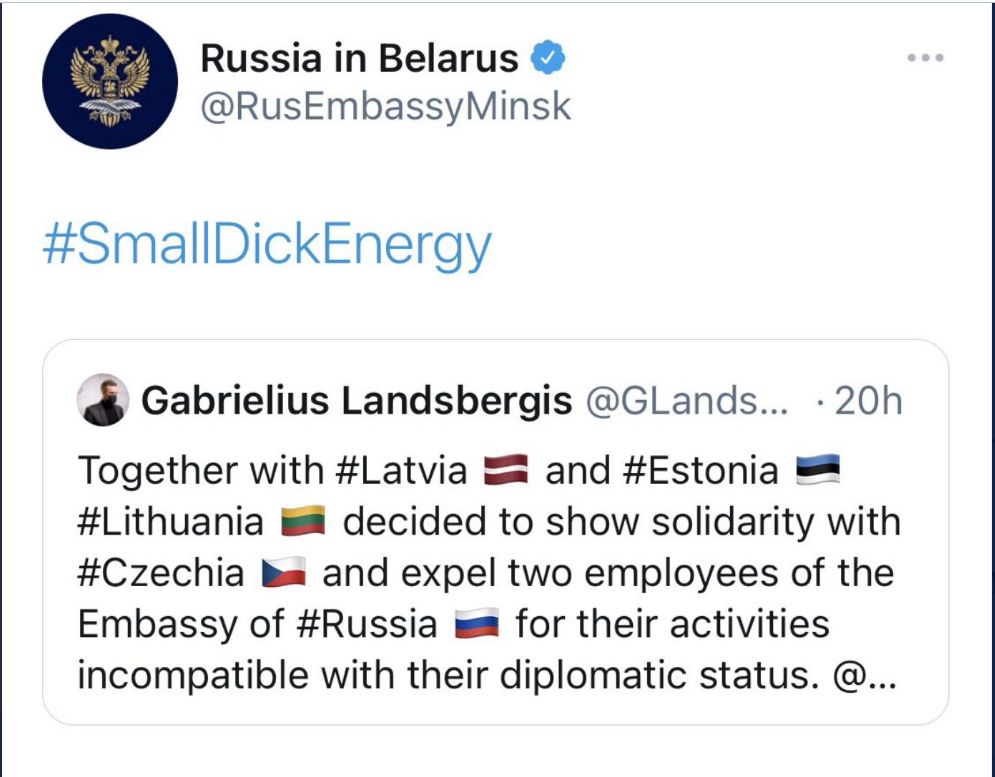 Of course such reaction provoked a lot of fun, jokes, memes, etc. Later embassy tried to correct themselves but of course was too late.