Again I selected several examples of statistical data. On May 9 here will be commemorated Day of Europe - day of famous Schuman declaration when in 1950 then French foreign minister Robert Schuman formulated his vision of new Europe. This vision was realized and many years later led to the creation of European Union (the most unique organization of different countries known in history). On May 1 this country celebrated 17th anniversary of membership in the EU. The next chart from  Z. Mauricas well shows why residents of  this country are among the most biggest supporters of EU. In 2004 we were second poorest country in EU (only Latvia was behind and Romania and Bulgaria still not the members of EU). In those 17 years many things happened: 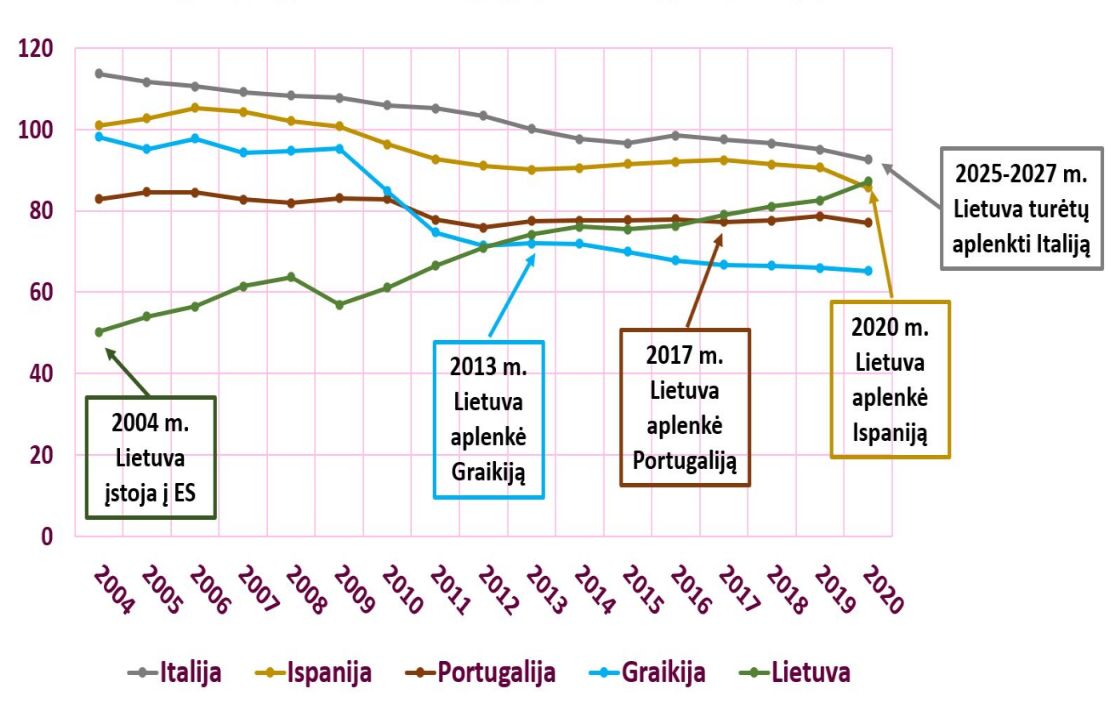 According GDP per capita this country was able to surpass not only some CEE countries as Hungary but some others too: in 2013 this country surpassed Greece (of course largely due to the deep troubles in Greece economy), in 2017 surpassed Portugal and in 2020 slightly even Spain (I perfectly remember when 20 years ago many my compatriots were heading to Spain for seasonal agricultural jobs ...). Whats next ? Likely in 2025-2027 this country will surpass Italy. And ... Thats all. It will be very difficult to catch remaining countries: anyway such countries as Swden, Netherlands or Germany has and likely will have stronger and more advanced industry, technologiies and many other attributes making some countries more advanced than others. Even in the case of Italy the backward southern Italy will help us to catch this country while northern well developed areas still remain ahead of Lithuania.