In Savanoriu avenue in Kaunas whole my life I saw the building usually called "Juze".  It was built around 1970 as a so called household service plant. Enterprises of such type were known likely only in USSR.  For the period it was rather modern and housed many service shops and similar enterprises. Later it also lost attractiveness: looking from modern perspective it was very inconvenient. In recent years only small part of space was occupied. Today I found next view: 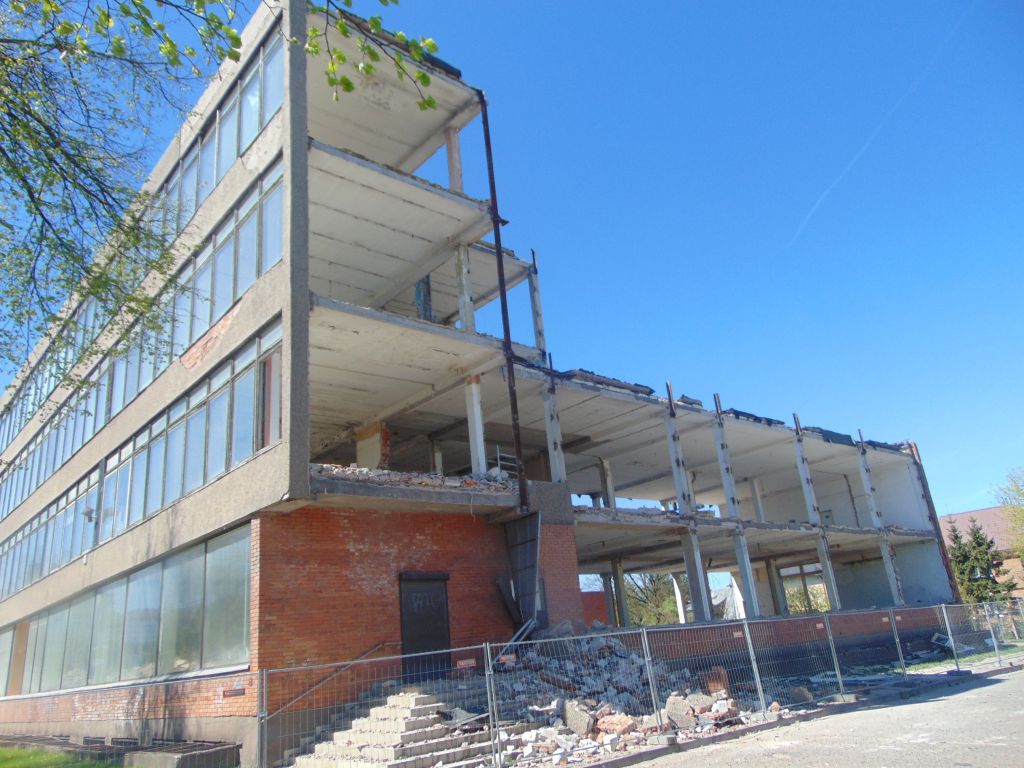 The buildig also ends its life.