One of the most amazing success stories in this country of the last decade was the transformation of the heating sector: the sector that heavily relied on imported fuel (mainly natural gas) was transformed to the sector relying on local (and what is also very important renewable) local fuels. The next decade we can witness even bigger transformation.
It is dificult to say how many wind and solar power parks are under construction now here. Or how many constructions will start in the coming months. And the sums of money that will be invested are simply breathtaking. E-wind park in Kelmė district: 400 MW capacity, 300 mln eur will be invested. The 70 MW park in Telšiai district. Both of those parks will have newest Cypress generators which will be 220 meters of height. Another park in Telšiai district. One more park in Mažeikiai district. International players are taking part in this competition as well. Some parks are seeing investments from such company as General Electric. Few days ago the construction of new park in Anykščiai district has been started by Danish company "European Energy". Very soon the construction of two more parks by the same company will start in Jonava and Rokiškis districts: 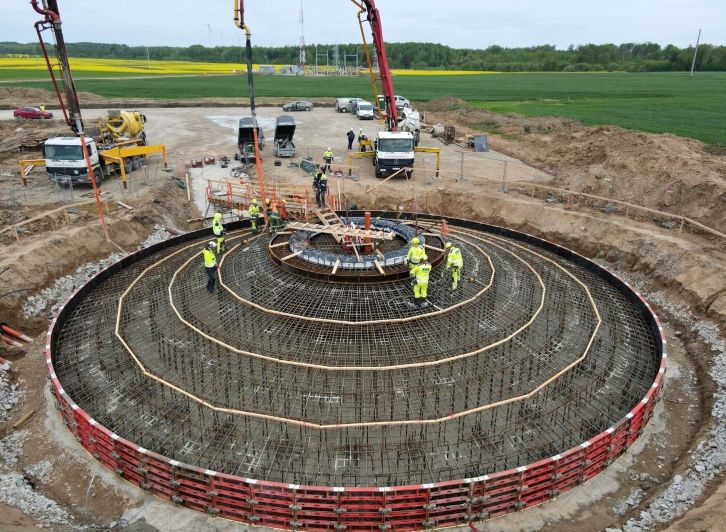 In May the number of houses with solar panels surpassed 10000 in this country. In recent months their number is growing with average speed of 150 houses per week.
Now it is clear that as early as 2025 on some days we will produce significantly more energy than we need. So we need more accumulation capacity and likely its time to think about the production of hydrogen that could be later used as clean fuel.
So whats will happen 10 days later ? And here we can see some very interesting consequences. Only first still not very loud voices were heard. But they are stating that we have the historical chance to become net energy exporter  around the year 2030. If true this will happen for the first time in industrial history. Amazing transformation for a country that in 2005 imported 85-90 percent of energy resources.
Collapse