Many airports in the world has names. Likely most common is the situation when airports gets the name of famous person (few years ago there were the discussions to name Vilnius airport as M.K. Čiurlionis airport and the good thing that this idea finally was reject - too trivial and  not original). But since last week Kaunas airport has new name - it is called Kaunas Fluxus airport :) This name is not permanent and will be used for a one and a half year. The change is related with the upcomming Kaunas 2022 - European capital of culture event (official Kaunas municipality photos): 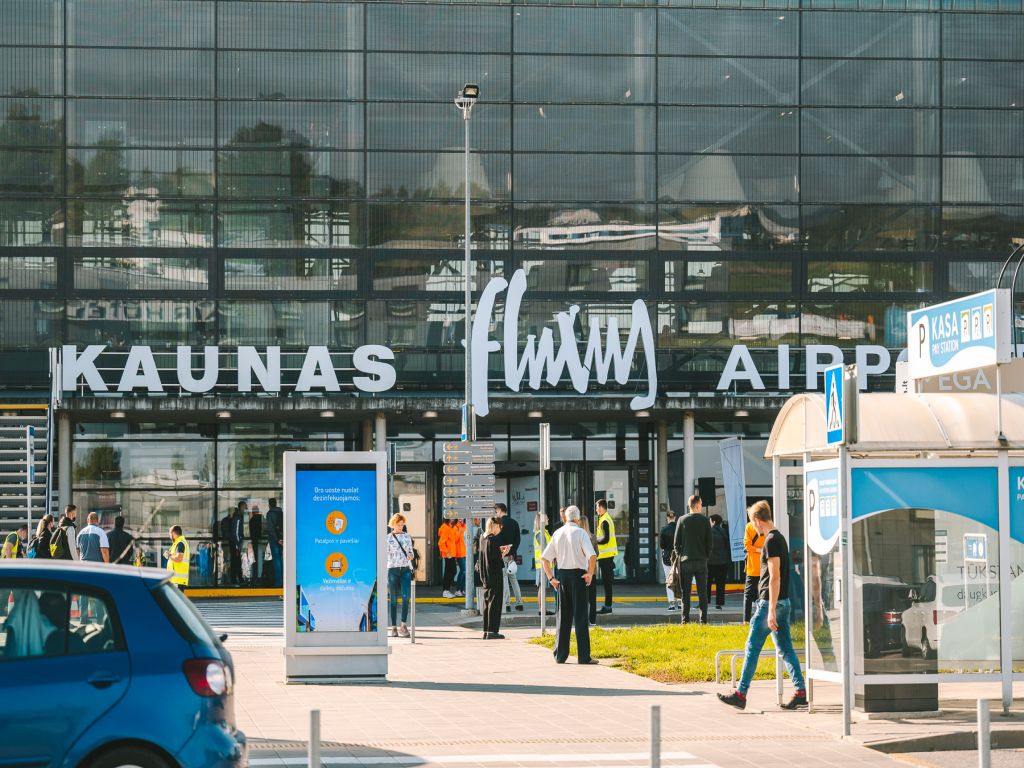 Despite that this is only temporary name this is really original and interesting idea.